How do you say you are an anvil of polyethylene?

The polyethylene is one of the most artificial polymers, most commonly known as PE. This material is made of polymorphs from the interaction of polymers with methyl compounds. Al-Buli’s idyllics are a large family from Al-Bulai Al-Alifinat. Publication of employment of these plastic materials in all parts of the world today and the creation of a firm in the plastic industry.
He uses polyethylene in various industries, such as packing food items, glassware, and more polymer treasures. Testing these polymers in the production of synthetic fibers is the essence of the properties of mortar.

Ethylene with the molecular structure of C2H4 is a gaseous hydrocarbon obtained from the breakdown of ethane molecules, which are the main component of natural gas and are separated from petroleum compounds. Ethylene molecules generally consist of two methylene units of the formula CH2; By sequential arrangement of these molecules one after the other, a structure with the formula CH2 = CH2 is obtained, which includes a carbon-carbon double bond.

The carbon-carbon double bond in the ethylene structure is broken by polymerization catalysts and a carbon atom is added to the ethylene molecule; The result of all these reactions is a molecule with large ethylene chains, which is represented as follows:

The type of arrangement of this molecular structure and its repetition in the polyethylene chain will cause different properties in this molecule. Long, chain molecules, in which hydrogen atoms are attached to the main carbon chain, lead to the formation of linear or branched molecules.

Ethylene can be combined with other elements. For example, ethylene vinyl acetate (EVA) copolymer is produced by copolymerizing ethylene and vinyl acetate under pressure using free catalysts. The produced vinyl acetate has 5 to 50% by weight.
EVA copolymers are less resistant to gas penetration and moisture than polyethylenes; These molecules are less transparent and resistant to oil and grease. The main applications of EVA copolymers are in the production of packaging films, adhesives, toys, pipes, gaskets, wire shields, and so on.

In this article, we want to talk about the methods of connecting polyethylene pipes, as you know, since its inception in 1933, polyethylene has become one of the most well-known thermoplastic materials in the world. Read more… 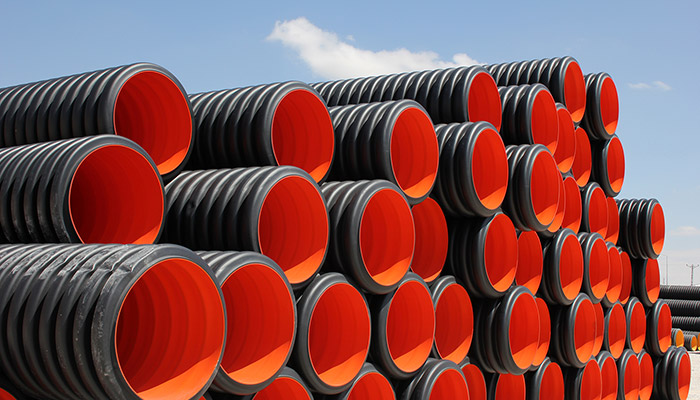 Carogit pipes are usually used in the transfer of sewage and fluids that are transferred by gravity and fluid transfer is designed without internal pressure. Due to the fact that corrugated pipes do not have Read more…